The Grace United Methodist church in Santa Cruz burned down last year. R and I were going to catch a late movie when we saw a giant plume of smoke coming from town. We were worried that it was a friend's business, so we skipped the movie and checked out the fire instead. I always carry a camera with me, so I managed to get a few pictures. Some of these are a little blurry because I shot them all handheld.

This is what the church looked like when we first arrived: 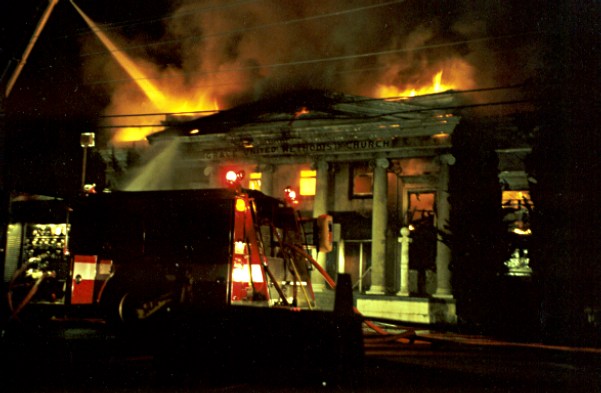 and about 15 minutes later: 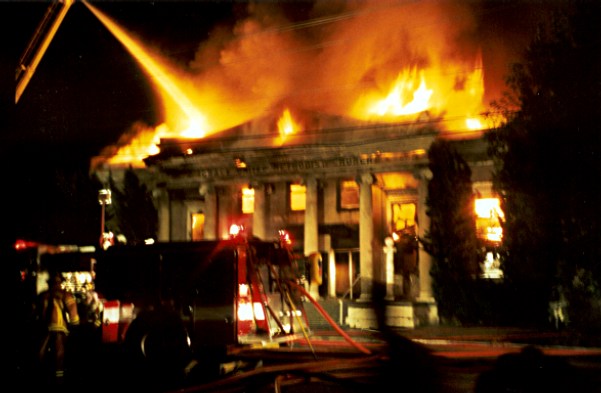